Viewers, not devices, should drive the next wave of content protection standards 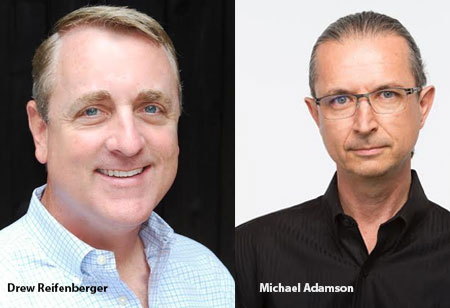 Target, Fandango, Paramount, Samsung, Netflix, PlayReady. Although all of these brands have something in common - they are all part of the media and entertainment ecosystem - one of them is not like the others. Ask a viewer what they know about PlayReady and its related DRM peers; you’ll get a blank stare. Tell them what it does, or doesn’t, let them do - and bewilderment will suddenly turn to frustration or rage. The ongoing battle for content protection amongst a growing cast of titans is mostly like the game of Risk, with greater concern for empire ownership than viewer friendliness and access of the very entertainment being protected. The question is: why aren’t we starting there - with the viewer - and working backwards to the content being protected and the technologies protecting it?

In this age of growing viewer mobility and access, multi-screen viewing, multi-platform households, and a more fragmented studio distribution landscape - viewers still have the same problem they’ve always had: making it easy for them to watch what they want, and watch it again if they’ve bought it. It’s the solution that continues to get more complex. And it’s arrived at a point in which DRM is now a four letter word.

Taking DRM out of hardware and putting it into software will help with universal protection and distribution.

Sure, the concept of DRM is still the right one. No one will argue that in principle. Producing shows and films is expensive. The rights to profit from that should be enabled and protected. So is the concept of buy once, watch many times or share it with family or friends. But as long as people have been able to sneak a portable cassette player in their boot to capture a live concert experience, there have been ways to pirate content. Piracy is a multi-billion dollar business in its own right which cost real people real jobs and profits. Anything and everything we can do prevent or reduce its impact is a worthwhile pursuit. But when the pirates are the number one focus of standards development, we’ve put the wrong customer first.

Efforts like the development and support of Encrypted Media Extensions (EME) are a step in the right direction - encrypted presentation through the browser. Taking DRM out of hardware and putting it into software will help with universal protection and distribution. But it’s too early to know if a new OS/browser reinstall will be necessary, or if consumers will have to load and install new plugins - leaving both the ease and reach of adoption up to the individual browser/OS developers. The future of the browser as a universal media access tool is not even certain.

The advancement of Encrypted HLS is another step in a positive direction - enabling the possibility of protected streams, browser or not. This type of approach could open up a world of media APIs and Players that allow access independent of open and closed Operating Systems. And it should include input, if not oversight, by media creators and distributors as well as governmental fair practice interests. Despite what we believe are the motivating interests of the FCC, their recent undertaking of open cable converter competition brings the viewer into the conversation for the first time. 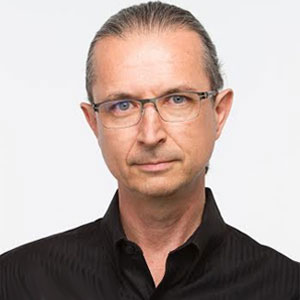 To that end, it seems what is really needed is a viewer-enabled solution - something that the viewer owns and manages. Perhaps it’s based on an account schema that can be used regardless of display mechanism. Think more bank account than content wall, where the final piece of authentication or decryption lies within the viewer’s “account.” At the risk of making it sound like another protection format, let’s call it DRMc.

If the studio side of protection is predominantly enabled by FairPlay and UltraViolet, and the device manufacturers and OS developers want to continue to enable their own version of decryption to maximize system and bandwidth efficiency, then the concept of DRMc would allow for a final key that recognizes ownership authentication. By building in a final layer of authentication into protection schemes, we would finally take the viewer into account, rather than just require that they buy yet another device, or learn that they can no longer enjoy the content they’ve legally purchased. One has to look no further than the video game/console market to see the myriad of consumer complaints about lost access to entire libraries of games and data due to lack of forward portability in access and ownership. In fact, the Electronic Frontier Foundation has created a site just to collect viewer evidence of this impact.

Leaving the viewer out of the content protection conversation, or not leading with the viewer, is not only costing media and tech companies billions in technology reinvestment - it’s also costing in areas of customer service, brand loyalty, and in the viewers’ wallets. As Over-The-Top (OTT) and Direct-to-Consumer content distribution continues to expand, while more studios and platforms emerge, the viewers’ plea for easy and fair access to what they’ve rightly purchased must not only be heard, but considered and integrated into future schemes and standards.

Sales Overnight Brand Over Time: How Sweetwater Unlocked the Power of YouTube

Consumer First. The Advertising of Tomorrow.

Breaking Down the Key Programmatic Advertising Challenges Faced by Brands

Copyright © 2022 mediaentertainmenttechoutlook.com All rights reserved | About Us